Startup Financing: What is Bootstrapping? 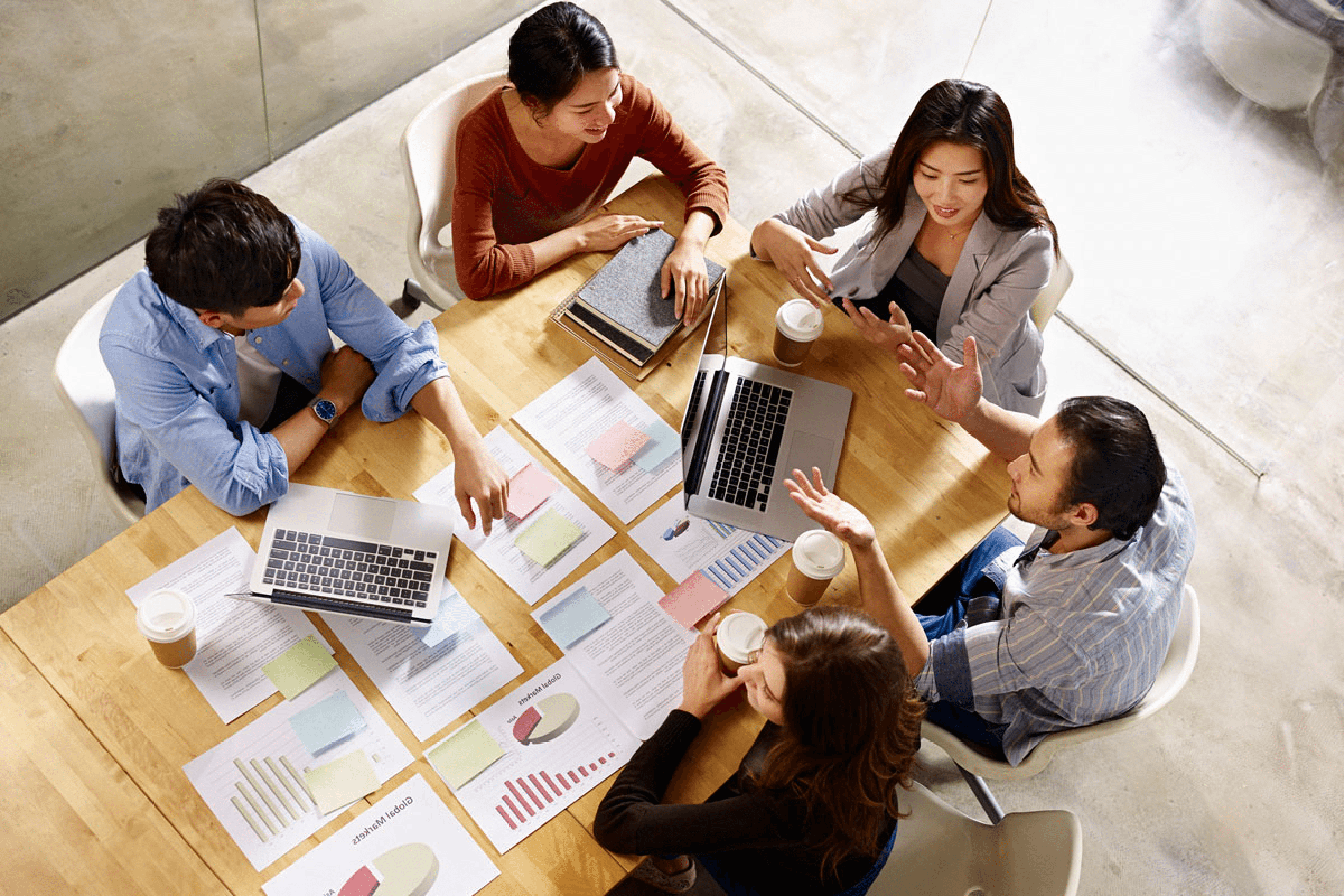 The bootstrap is a term whose origin dates back to the 19th century in the United States with the saying "tie your own boots" in reference to the fact that in the past each one had to pull the ankle straps of their own boots in reference to doing something on their own. own, without outside help.

It is currently an Anglo-Saxon concept that is used to express the idea of ​​"starting a business with few resources" or "undertaking only with the means available". According to the Minister of Economy in the Sustainable Journal, in 2020 approximately 160,000 companies were created, a record number since records began. There are more and more startups, and with it greater competitiveness to get investors willing to provide capital, so self-financing could be a good solution.

Raising capital can usually help grow competitive advantage especially when there are several competitors doing similar business, quickly achieve critical mass to keep the company running smoothly, and speed up the process of awareness of the company in society.

There are some successful companies worldwide that started their business bootstrapping, betting their ideas on the market. These are Apple, eBay, Facebook, Microsoft, Dell and HP, which started as startups and today are international companies.

Bootstrapping is a self-financing method that initially uses only existing resources such as personal savings, personal computer equipment, and own space to grow the company. It contemplates the financing with savings and the income generated with the billing itself. This means that when starting a startup, you do not have to resort to external financing, such as capital investments or loans.

An example of some who use this model are self-financing micro-entrepreneurs and small work teams who want to remain independent in order to develop their ideas, visions and grow to survive, suitable for any market condition, and then keep the business profitable and profitable. sustainable.

According to Cerem International Business School, a bootstrapped startup generally goes through the following three stages to begin to consolidate.

In this stage, personal savings are used to start the business. Sometimes it starts as a secondary project, in which the founder continues to work in his primary job, generating income to be used for his startup.

This is the second stage and it consists of starting to get money from customers through the product. This is what sustains the company and manages to finance growth, to begin with the hiring of few employees. It can be slow, as the startup must first meet operating expenses to maintain the business.

At this stage, the startup can take out loans or lines of credit, grants, or simply use credit cards. These are short-term solutions to finance specific growth activities, such as purchasing equipment or hiring more staff. This credit should not be the main source of financing to start the business, but rather it has to be a secondary source to keep it running and allow it to grow. 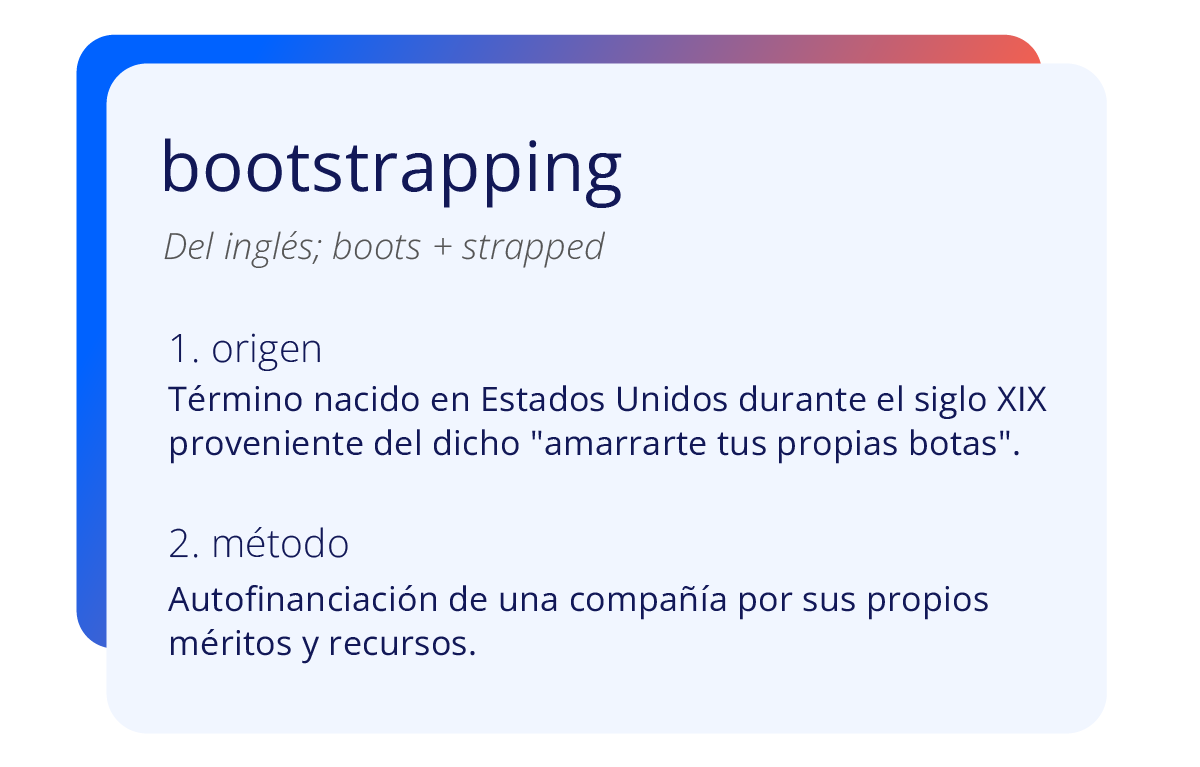 Bootstrap has valuable advantages to focus on when starting a business. It implies a different mentality than what is known today in terms of management in a company financed by capital or risk capital.

Lead and maintain the business vision

When you decide to go the self-financing route, you don't have to give up your capital, so the business is guided by the founder's own interests, goals and motivations, having complete control over the company.

The leader must do everything, due to the few initial resources. This allows him to get involved in all areas of the business and thus contribute his in-depth knowledge.

Most inventions come from the need of people. When a startup is self-financing, there is more pressure to innovate or invent to be successful with the business.

Choose where to focus the effort

This is a key advantage in bootstrapping. It allows the entrepreneur to know where he adds more value to his project and where he needs to resort to the know-how of others, to move his business forward.

By turning down outside investment, there may also be certain downsides to consider when deciding to bootstrap.

It is necessary to have capital in hand at the beginning so that the survival of a company can be guaranteed. The lack of material resources can prevent the development, in the short term, of key components for the business, without being able to meet the growth objectives on time. It is for this reason that having a growth model and considering all expenses is so important to make a business prosper.

When talking about investors or venture capitalists, it is important to know that they can provide connections that will allow you to access the desired market. With bootstrap there could be a lack of visibility as the collaborative network could be smaller and with a limited budget.

Initially, potential clients may not trust the company, as they might perceive it as a startup with little or no resources and business experience. Credibility is earned over time, but it is also true that many biases have been generated about this in society, since it is not necessarily true that when there are external investors in the company, they will vouch for the company by providing reliability to users. It may or may not happen.

Initially, the salary will be reduced since the vast majority will go to the business to start its growth and operation, in order to obtain long-term benefits.

KLog was born ten years ago when the logistics industry was completely analog. The founder of the company, worked for years in the field before undertaking, providing knowledge about the challenges of different areas. The decision to be a self-financed startup was made based on the values ​​and development of the AFIRE culture that is fostered in the company, whose initials mean: Joy, Focus, Discomfort, Resilience and Study.

"Maintaining the vision of the entrepreneur, where the product is only one of the axes, is one of the most important factors. We trust in the power of talent and good leadership, this financing method has allowed us to be more aware of the costs involved, making growth sustainable, improving the service we offer to customers, who are an active part of the business" - Janan Knust, founder and CEO of KLog.co.

At KLog we initially recommend:

- Do not subcontract people, but work with the necessary ones, have a good team that is efficient.

- Marketing is a fundamental tool to start with the visibility of the business, it does not require a large investment to become known, but ingenuity for the use of resources.

- Collaborate with the community or ecosystem of entrepreneurs, to start appearing at events and in general have good communication from the company to the outside.

We present you the new way of living international cargo transport

KLog.co is the leading technology company for international cargo transportation in Latin America, which through its digital solution has managed to provide complete visibility and control of the import and export process for companies of all sizes.

Through KLog's intuitive digital platform, all the steps to bring or send a container are merged. Users gain full manageability and visibility of cargo transportation. They can book integrated logistics services online, track real-time, and measure shipment performance to optimize future shipments.

KLog.co today has more than 4,000 clients with operations throughout the Latin American region and hundreds of agents around the world. Their offices are located in Chile, Peru, Bolivia and Mexico and they are in the process of opening offices in Colombia and Panama.

Know when it is convenient to import by air

﻿What role do shipping companies play in maritime transport?

What is SaaS and how to take advantage of it in a company?

Traditionally, companies paid for applications that allowed information to be saved only on the same electronic device without being able to view it...

Keep updated with the latest trends

This industry changes overnight. Don't miss any updates by subscribing to the KLog newsletter.