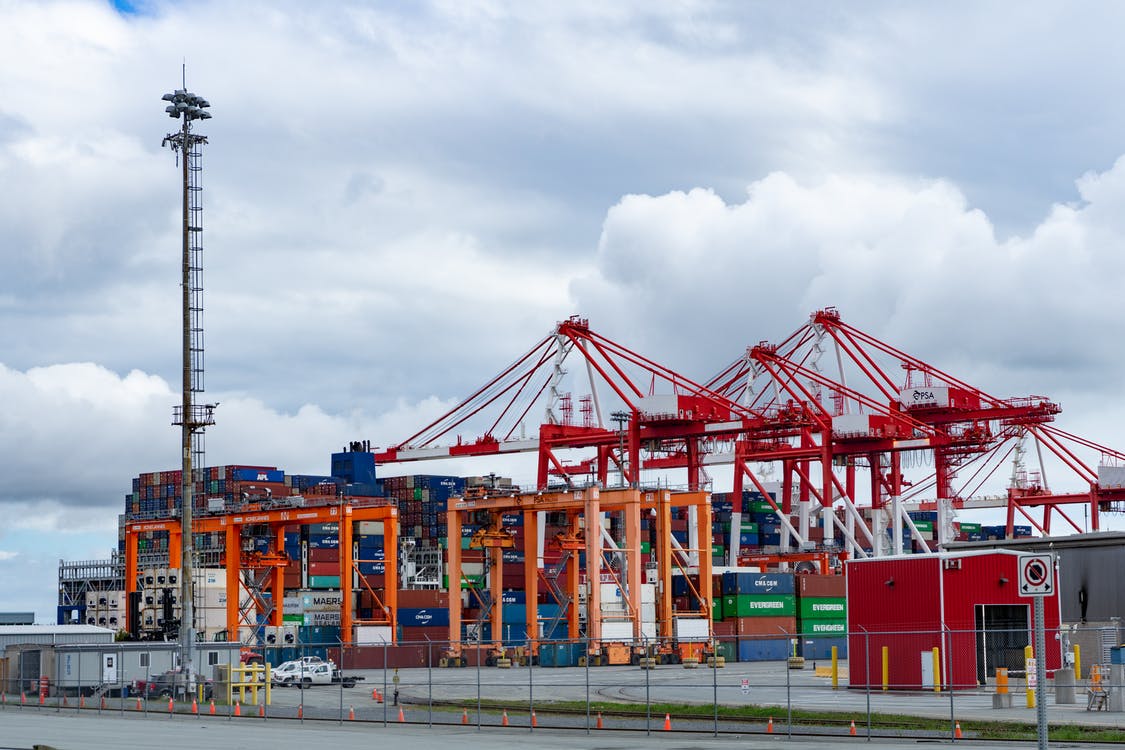 The maritime transport industry, without a doubt, is one of the most important for the movement of international cargo. According to The Container Port Performance Index (CPPI) more than 80% of world merchandise trade by volume is transported by sea, but before reaching the sea, these must be shipped and for this, ports exist.

At KLog.co most of the cargo is brought to Chile from the ports of Shanghai, Ningbo-Zhoushan and Qingdao, all three are in China, and they are the most frequent for us. Below are the world's top ten ports of cargo movement, all located in Asia.

This port was opened in 1842 and is the one that manages the most cargo containers in the world. It is a river port, and allows inland cities to export their products through the Yangtze River. Since 2010 it is the busiest port and hosts the largest automated terminal in the world, the Shanghai Yangshan Deep Water Port, which began operations at the end of 2017. It measures approximately 13 kilometers and was one of the first ports to implement Chinese regulations , which tries to reduce the sulfur content of ships.

The history of this port dates back to 1819, when it was built to compensate for the lack of human resources on the island, allowing the entry of necessary merchandise to it. From 2005 to 2010 it was the most important port in the world, and currently offers connections with more than 600 ports in 123 countries on six continents, with 130,000 ships passing through its docks each year, due in part to its great length. 12.8 kilometers. It is also the largest transshipment port in the world, receiving about 20% of the world's containers.

Its name is used to refer to a number of ports located in the region, including the ports of Yantian, Chiwan, Dachan Bay and Shekou. It is currently one of the fastest growing ports in southern mainland China and is located in the southern delta region of the Pearl River in China's Guangdong province. It is the economic catchment area for Hong Kong's trade with the mainland and also one of the most important ports in terms of China's international trade. Due to the technological evolution of the area, many companies have established themselves there, including Huawei, Tencent and SenseTime. It extends along 260 kilometers of coastline and receives about 560 ships per month, covering over 130 international container routes.

The ports of Zhoushan and Ningbo were separated until 2006, to become the fourth largest port in the world. Although they move fewer containers annually than the top three major ports, the port of Ningbo has a longer track record. When Shanghai was recently established as a small fishing town, Ningbo was already a port city thanks to its strategic location on the Silk Road for 2,000 years. The port currently has a large infrastructure capacity, with a terminal that can handle up to 250,000 tons of oil and a mineral loading dock with a capacity of more than 200,000 tons.

This port was created several centuries ago, before Christ together with the Qin Dynasty. It was the beginning of the Silk Road and it currently markets with more than 300 ports, after reaching a record number of managed TEUs in 2018. This port is situated at the intersection of the three major tributaries of the Pearl River, the Dong River, Xi River and Bei River, located in southern China.

This port was opened in 1876, and is the largest in the Korean peninsula. It is connected to more than 500 ports in 100 countries around the world and is approximately 27.4 kilometers long. It is also the third largest transshipment port in the world, and has opened three container ports including Jaseungdae, Shinsundae and Gamman, capable of handling up to 13.2 million TEU shipping containers per year.

This port is located in the South China Sea and is one of the busiest ports in the world, both in passenger transport and in freight cargo. After several years of negative growth, in 2019 it once again exceeded 20 million TEUs per year, being one of the most important transshipment ports. For several years it has held the throne as the world's largest port several times, this year being the first not to enter the top 5 of the ranking of main world ports.

The Port of Qingdao was established in 1892 and is located between Shanghai and Tianjin. It is an important port for intermediate cities and more than 100 million tons of cargo are transported annually. It has a connection with more than 4,500 ports in more than 130 countries around the world. That is why it is the most important port in North China.

It is the entry and exit gate for products to and from Beijing and Beijing. It is an artificial port and is the largest in the world. It is also a river port, since it is located at the mouth of the Haihe River. It currently trades with more than 600 ports around the world and its dock has 32 kilometers of coastline. In addition, it is the largest port in North China.

The creation of this port dates back to the 1970s and it is the most important port in the Middle East and Jebel Ali is also the largest port built by man. Terminal 3, after its 1.5 million TEU expansion, is expected to be the largest semi-automated terminal in the world.

In summary, Asia concentrates the largest number of important ports for cargo movement. China owns seven of these ten ports, making it a super important country for international trade. Most of the world's suppliers are located in this Asian country, such as Alibaba, allowing millions of people to import products at the most convenient price.

These ten ports are crucial for international transport and depending on the city where you decide to import your cargo, it will be the port of origin from where your cargo will set sail. When we delve deeper into the world of international trade, knowing some data about the main ports becomes relevant to better plan alternative routes for eventualities, such as outbreaks of Covid-19 in Asian ports.

We present you the new way of living international cargo transport

KLog.co is the leading technology company for international cargo transportation in Latin America, which through its digital solution has managed to provide complete visibility and control of the import and export process for companies of all sizes.

Through KLog's intuitive digital platform, all the steps to bring or send a container are merged. Users gain full manageability and visibility of cargo transportation. They can book integrated logistics services online, track real-time, and measure shipment performance to optimize future shipments.

KLog.co today has more than 4,000 clients with operations throughout the Latin American region and hundreds of agents around the world. Their offices are located in Chile, Peru, Bolivia and Mexico and they are in the process of opening offices in Colombia and Panama.

Know when it is convenient to import by air

Startup Financing: What is Bootstrapping?

Electronic commerce expands and increases more and more in the market, at the same time that consumers demand more goods and services more frequently.

What is SaaS and how to take advantage of it in a company?

Traditionally, companies paid for applications that allowed information to be saved only on the same electronic device without being able to view it...

Keep updated with the latest trends

This industry changes overnight. Don't miss any updates by subscribing to the KLog newsletter.